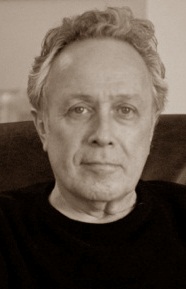 Jack Murphy has worked on a wide variety of projects as both lyricist and composer. Collaborating with composer and writing partner Frank Wildhorn, he wrote lyrics for Linda Eder's EMI CD, Atlantic CDs, as well as her new release on Sony. Jack has written and performed albums for many record labels including A&M, Verve, MGM, Elektra, Columbia and ABC Dunhill, and was a staff writer for United Artists Music.

In collaboration with Mary Bracken Phillips, Jack composed the score for the musical Silver Dollar, which debuted at the Goodspeed Opera House, with a second production at the Stage One Theater in Wichita directed by Scott Schwartz. Jack also wrote and directed a play for the Progress Energy Theater in Raleigh, North Carolina titled Gods of Autumn, which had its World Premier on August 20, 2008.

Jack has collaborated with composer Frank Wildhorn on numerous projects, including a musical about a 1920s American author and his wife, suggested by the lives of F. Scott and Zelda Fitzgerald, titled Zelda for which Jack has written the Book and Lyrics. The production was directed by Vincent Marini at the Lenape Regional Performing Arts Center in Marlton, New Jersey. Currently in the works for the two is Havana with Music and Lyrics by Frank Wildhorn and Jack Murphy and directed by Sergio Trujillo.

Frank and Jack have had several successful European World Premiers. The musical, Rudolf, Premiered in Budapest, Hungary in May of 2006, with a second Premier at the Imperial Theater in Tokyo, Japan on May 6, 2008. The show had its third Opening Night in Vienna, Austria on February 26, 2009 in a production directed by David Leveaux. In October, 2008 a modern take on Carmen, with Book by Norman Allen, opened in Prague, Czech Republic. On March 14, 2009, The Count of Monte Cristo had its World Premier at the Theatre St. Gallen in Switzerland, with another Production in Seoul, Korea in April of 2010.

Last, but certainly not least, is Wonderland — with music by Frank Wildhorn, Book by Jack Murphy and Gregory Boyd, Lyrics by Jack Murphy, and directed by Gregory Boyd. After a successful World Premier at the Tampa Bay Straz Center for the Performing Arts, followed by another successful run at the Alley Theatre in Houston, Texas, Wonderland enjoyed a short, but sweet, run on BROADWAY in the spring of 2011.